For the ultimate brunch, Dishoom’s cult breakfast is hard to beat. Here’s how to make a version of it at home

I can’t lay claim to the concept of this recipe. As much as I wish that I had pioneered the idea of a soft, lightly charred naan encasing crisp bacon, a golden-yolked fried egg, a layer of cream cheese (yes, that’s right) and chilli tomato jam, I didn’t.

What I did develop was a pretty unhealthy addiction to Dishoom’s cult breakfast of Bacon and Egg Naan Rolls when I lived a 10-minute walk from their Shoreditch restaurant.

Now that my nearest branch is approximately 100 miles away, I decided to forgo the seasonal theme of my fortnightly recipe, give in to a craving and pass on the joy of this breakfast to you.

My first attempt involved a shop bought naan. Whilst deliciously filthy, it wasn’t a patch on the original. If time (and level of hangover) permits, I’d really encourage you to try your hand at making your own.

It’s a pretty basic dough and takes moments to cook. You could double the dough recipe and freeze a load to have in your arsenal for curry nights and breakfast naan mornings.

Dishoom serves their naan rolls with a tomato chilli jam but here I’ve used a good quality mango chutney – we don’t want to be slaving too much on a Sunday morning, do we? 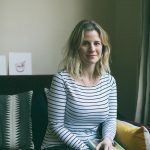 Too good to keep to yourself? Share this amazing recipe with your family, friends and followers using the share buttons at the top of the page.

Sign up to our newsletter and let us come to you. Enter your email address to have the very best of The Home Page come straight to your inbox.

Hello, we hope you’ve had a lovely weekend. This

Morning and welcome to the weekend. This morning w

Couldn’t we all do with one of these today?! Thi

It’s been a beautifully warm and sunny day round

*GIVEAWAY* We are huge admirers of the work of art

Let us come to you. Enter your email address and have The Home Page pop into your inbox every fortnight.