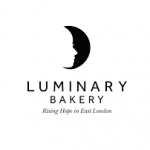 Sign up to our newsletter and let us come to you. Enter your email address to have the very best of The Home Page come straight to your inbox.

Hello and happy Sunday. Wouldn’t this be a gorge

The Home Page Christmas Gift Guide is here! If you

It’s newsletter day and have we got some treats

Gardening is as much about appreciating the beauti

Good morning and happy Sunday. This morning we wan

After an enforced hiatus from travel, we both have

Let us come to you. Enter your email address and have The Home Page pop into your inbox every fortnight.